Our school has an amazing and long history!

Our school is named Calder after the area that our school is located in. The whole Calder area was named after Hugh and Sandy Calder who bought the land in 1912 from the McRobert family who were farmers. 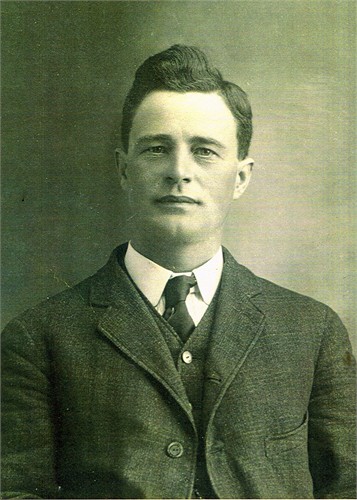 The Calder area truly began to boom as a small village shortly after 1909 when the first train came in from Winnipeg on the brand new Grand Trunk Pacific Railway. The neighbourhood was created to be a place where all the families of the people who worked on the rail yard could live.

At the time when the Calder area was formed, it wasn't even a part of Edmonton! In fact, the first Calder school was a one room wooden structure that was built in 1907. The school was located on 120th Street and 130th Avenue.  There were 16 students that attended and all of the grades were taught together in one classroom! Their teacher’s name was Ms. Bertha Clark. After that Calder school moved around to many different buildings. At one point, classes for Calder school were even held in a Presbyterian church.

In 1911 a brand new Calder School was built. This one had 2 stories! It was located on 121 Street and  129 Avenue. This school was a bit different as it went all the way up to grade 8! The younger students all worked  in the same room and Ms. Gill was their teacher. The older students were in another room and Mr. Oman was their teacher.

By 1924, two more buildings were added to sit next to the existing school since there were so many students. Soon after, plans were made to build a new brick school to house even more students. This is the very school we are in today!  In 1917, the Calder area became a part of the city of Edmonton. This means in 2017, Calder school will celebrate 100 years of being with Edmonton Public Schools!

The school bears the date of 1926 on the front of the building, however, the school officially opened in the spring of 1927. There were now 8 teachers and a nurse who taught at the school.

Over the next 75 years the school saw many changes:

-Calder went from a school that used only coal to heat it, to having a new boiler system.

-Another four classrooms were added in 1950.

-In the early 1960’s Kindergarten was brought into Calder school.

-In 1971 a new gymnasium was created… just where we see it now. Before that the gym was located in what is now our library.

-Calder’s original library was located upstairs on the second floor in the glass bookcases. If you look up on the top shelves you will notice some of Calder’s first library books there!